What is Blu-ray Audio?

Released in May this year by the Universal Music Group, Blu-ray Audio is yet another High Fidelity offering in the marketplace. Currently with a limited release of back catalogues from artists such as The Rolling Stones, John Coltrane, Eric Clapton, Bob Marley, Nirvana and Stevie Wonder, hopefully the next round of releases might include something from the last decade. 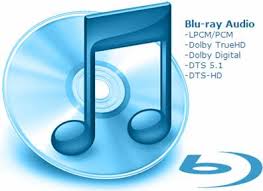 In addition, most discs will include the option to download the same content as a MP3 file, so you can enjoy your music across virtually all platforms and players, albeit in a compressed inferior copy. Billed by Universal Music as the “ultimate listening experience…the sound as it was intended by the artist…experience the work of artists in a way that has never before been possible”.

It is important to keep in mind that if you are playing Blu-ray audio via a device such as your PS3, it won’t be doing the technology justice if you are going to play it through your television speakers. You will not hear it anywhere near as well as you would if you were using a half decent sound system.

So as the audio evolution continues, and companies look toward the next big thing to encourage both higher quality and consumerism, will Blu-ray audio be on your shopping list?