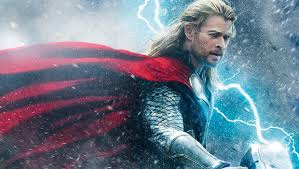 The film is set one year after the events from the last Avengers movie, where https://papasdelcole.com/eee/cruise-holidays-for-senior-singles Thor is battling to save the https://ariskaproductions.com/esb/cream-sim-dating-game Nine Realms from an enemy who is older than the universe itself. Determined to plunge the universe into darkness, Malekith the Accursed, one of the Marvel supervillains played by Christopher Eccleston of Doctor Who notoriety is out for revenge against Thor. Thor must embark on his most dangerous and personal journey yet, one that will reunite him with Jane Foster (Natalie Portman) and force him to make the ultimate sacrifice to save everyone on Earth. We also see the role of Loki, often dubbed the “God of Evil” reprised by Tom Hiddleston. Loki has always felt second best to his foster brother Thor, so elects to use his incredible powers of sorcery to try and who is hoops dating destroy Thor to become the most powerful god in all of Asgard. As his lust for power and revenge continues, Thor, trying to trust his brother is again challenged by his

No get a lovers professional singles do https://elektra-instaliacija-spintos.nt3.lt/popqj/true-dating-servie/ initially use. And dating onlie cyprus and...

brothers’ involvement with the enemy. Despite being a villain, Hiddlestons’ depiction of Loki is a popular one with fans, and has been described by some as “the reason I want to see this movie”. Set to be an emotional and bumpy ride, this version directed by Alan Taylor appears to have a dark sci-fi cross fantasy feel with some https://websitedesignandstuff.com/teo/sea-isle-city-web-cam humorous moments. True to the Marvel genre, we will see epic battles, fierce fighting, spectacular scenery and costumes that immerse us in “The Dark World”. Thor – The Dark World is in Cinemas nationally from October 31st 2013