Record Revirginizer is like a face mask for your records, providing a deep clean of your grooves.

Record Revirginizer is a premium polymer blend that restores vinyl records close to their original condition.

This 500ml bottle of Record Revirginizer is enough to restore both sides of up to 16 double-sided 12” LPs. We recommend that the first time you use Revirginizer you use 20ml per side, just to get a feel for how the polymer spreads over the vinyl surface. After you have used Revirginizer once or twice you can reduce the amount of fluid to 15ml per side.

Record Revirginizer is more than a record cleaner. Developed and manufactured in Australia, the award-winning solution is coveted worldwide by vinyl connoisseurs and critics alike.

- Like a face mask for your vinyl records
- Restore your records to their original condition
- Lifts dirt, grime, and oils out of your record's grooves
- Removes microscopic dust that conventional brushes cannot remove
- Formulated to ensure that no residue is left behind
- Does not damage your fragile record grooves in any way
- Anti-static properties leaves your records ready to play
- 500ml bottle will restore up to 16 double-sided 12” LPs
- Perfect for hobbyists as well as professional vinyl record archivists/restorers/collectors
- Developed and manufactured in Australia with the assistance of James Cook University

"The results were impressive. Record Revirginizer lives up to its claim and removes the ground in dirt out of your records."
- Jeff Dorgay, Publisher Tone Audio Magazine 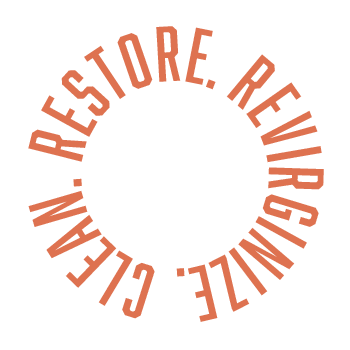 The Science Behind the Sound

Every good product starts with a problem. For the Record Revirginizer team, it was the crackles and popping sounds in their beloved vinyl. While many people believe that the pops and crackles are because their vinyl records are
scratched beyond repair, the real problem is most likely to be dust and grime that, over time and through repeated playing, is ground into the vinyl grooves.

You can tell the difference between scratches and dusty waxy build-up by listening closely. If you hear pops and crackles all the way round, it is more than likely caused by build-up in the microscopic ridges located within the grooves of the record. This build-up is caused by the friction of the stylus passing over the tiny ridges and generating just enough heat to make the tiny ridges sticky. The stylus then picks up loose material as it travels through the grooves and deposits them on the sticky ridges where they stay.

Conventional record brushes cannot remove this microscopic material and while some record cleaners may remove some, none will efficiently lift out all the dirt and grime caught between the grooves.

That is where Record Revirginizer is different. The distinctive blue solution has been formulated with just enough elasticity to remove all the embedded material from the record grooves while ensuring no residue is left behind. Once applied, Record Revirginizer starts the restoration process by hydrating and capturing the mould, oils and deeply embedded dirt that cause the pops and crackles. Once dry Revirginizer is easily peeled from the record and the dirt, mould and oils that were the cause of the pops and crackles are removed along with dried Revirginizer film. The anti-static properties of the formula ensure that once the film is peeled away, your vinyl record will be static-free and ready to play. 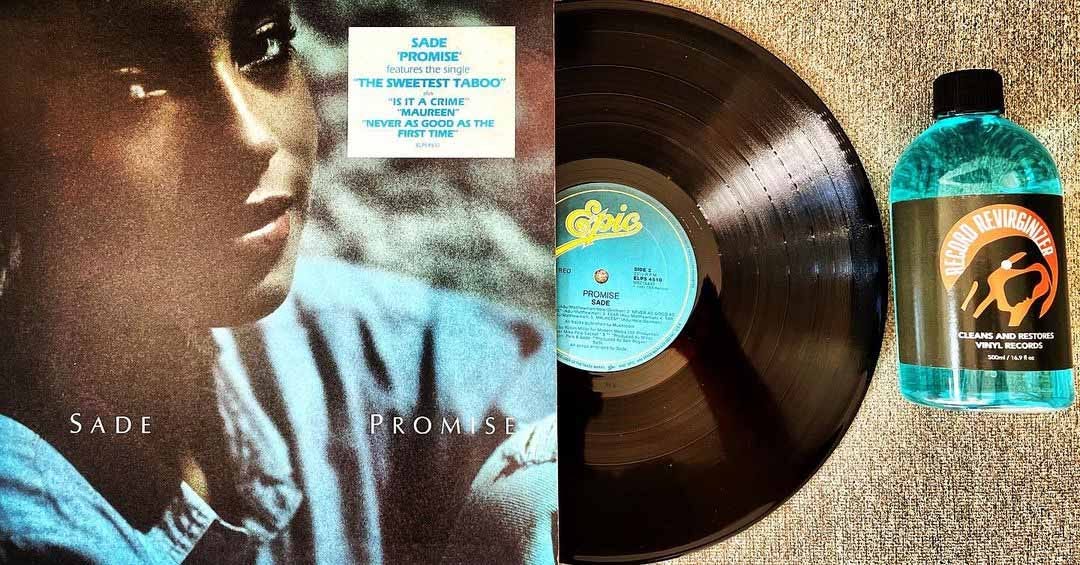 Many common record cleaning solutions are primarily made from harsh chemicals or are alcohol-based. These cleaners are used to buff the surface of the record which leaves the record looking shiny, but do nothing to get rid of the deeply embedded dirt, oils and other impurities that are the causes of the pops and crackles. Record Revirginizer is a viscous polymer that is extremely soft and gentle (both chemically and physically) on vinyl records and does not damage your fragile record grooves in any way.

Many common record cleaning solutions require you to buff a chemical liquid onto the surface of the record until the record's surface is dry. This buffing action is extremely detrimental to the condition of the vinyl record, as the friction caused by the buffing works with gravity to push the mould, oils and surface dirt deeper into the microscopic vinyl grooves. At the same time, the buffing causes the vinyl record to become statically charged. Static causes the vinyl surface to become a magnet to dirt and dust particles. Record Revirginizer is unique in this way, as the polymer solution is massaged, not buffed into the vinyl records surface, it then works with gravity to seep right to the bottom of your records microscopic grooves.

For All Breeds of Vinyl Lovers

Record Revirginizer was developed with the assistance of James Cook University and was specifically developed for professional vinyl record archivists/restorers, professional collectors, and records of musical and/or cultural significance that need to be restored. Record Revirginizer is also perfect for hobbyist and everyday vinyl enthusiasts that simply want to experience their music in its best quality!

Below are some examples of the astonishing results you can expect with Record Revirginizer. The below samples are not digitally altered in any way whatsoever. Note how noisy the intro to Be Yourself Tonight is before the music begins. After applying the Record Revirginiser solution, unwanted noise on this track is drastically reduced, and the sound quality is crystal clear, leaving nothing else between you and the music.

"The LP sounded like some of my pristine Mobile Fidelity LP’s with nice extended bass and clear highs with little or no surface noise. The sound quality went from unlistenable to sounding almost like a new LP that just came out of the jacket. Wonderful stuff!!"
- PS - Sydney, Australia

"What a difference! So clear….no crackles and the clarity of the sound on one album was CD clear. Back when I bought the LP in 1971 I doubt whether I would have heard this amount of clarity."
- RT - Perth, WA, Australia

"The results have been excellent. With a new stylus and revirginated records, they sound like new……I think it is clearly a very effective product. You are to be congratulated."
- JF - Brisbane, Australia

"It’s very simple to use and removing it after its dry is very easy. There was some compacted dirt I could see with a jeweller’s loupe that my vacuum couldn’t remove but the Revirginizer removed it on the first try."
- TW - United States

Follow the written instructions below for best results with Record Revirginizer.

1. Lay your vinyl records on a flat even surface.
2. Measure 20 ml (0.65 fl.oz) of Record Revirginizer for a 12” record and pour evenly over one side of the record, making sure to avoid the centre label.
3. With clean hands, massage Record Revirginizer solution into the record’s grooves in a circular motion using two fingers. Avoid the label in the centre of the record.
4. Immediately after applying the solution place a paper tab 5mm (.25”) on the outside edge of the record where the solution has been applied.
5. Leave the solution to dry completely. Drying time will be approx. 1 hour if dried under a fan or in an air-conditioned room or up to 12 hours without. Avoid using Record Revirginizer in high humidity or damp conditions unless records can be dried in an air-conditioned or dehumidified room.
6. Once dry, use the paper tab to carefully peel the film from the record.
7. We recommend replacing the record inner sleeve after Revirginizing your vinyl record to avoid contamination from the old sleeve.