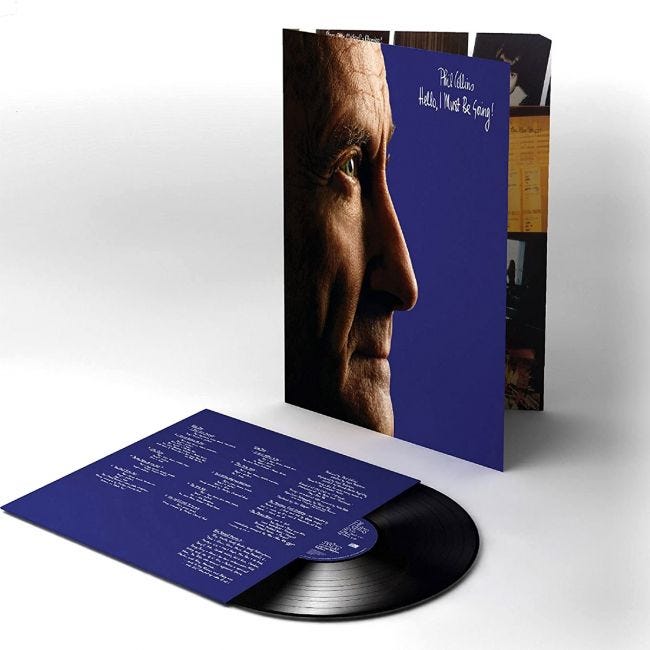 Phil Collins - Hello, I Must Be Going! LP

Hello, I Must Be Going! - 180-gram Remastered Audiophile Vinyl

Presented on 180g Vinyl, ‘Hello, I Must Be Going!’ is part of the 2015/2016 Phil Collins Remaster Series on 180 Gram Audiophile Vinyl, housed in a Gatefold Sleeve, pressed in Europe.

Gatefold album with non-reflective soft-touch sleeve, inner sleeve with original credits on one side and liner notes & credits specifically for the remastered version on the other side.

The 180-gram heavyweight audiophile vinyl format features the 2016 remastered album as well as the recreated version of the sleeve.

"After the massive success of his 1981 album Face Value, Phil Collins didn't take a much of a break. Genesis released Abacab six months later, then headed out on a long tour. When they got back, Collins jumped right into recording his second solo album, 1982's Hello, I Must Be Going! The album wasn't a huge departure from the formula established on Face Value, built as it was on introspective, gut-spilling ballads, horn-driven R&B jams, arty rockers, and dramatic breakup songs. In fact, the first track, the vitriolic "I Don't Care Anymore," sounds like a very close relative of "In the Air Tonight," only less mysterious and more in your face. Still effective though, and with the same magical drum sound Collins got on that earlier song. The R&B-based tracks are well served by the Earth, Wind & Fire Horns, and if nothing is quite on par with "I Missed Again," there's not a huge drop-off in quality. There are a few less ballads, with Collins only slowing down on the lovely "Don't Let Him Steal Your Heart Away" and the lush "Why Can't It Wait 'Til Morning," which foreshadows his career as a singer for hire on many a movie soundtrack. Along with the upgraded production values overall, there are a couple of surprises on Hello, notably the uptempo pop tune "Like China" (which features some blistering guitar work from Daryl Stuermer) and the almost note-perfect take on the Supremes' "You Can't Hurry Love," which sounds less like a pastiche and more like a loving tribute. Another departure from Face Value comes on the song "Thru These Walls," where Collins is playing a character instead of writing from a place of pain and frustration, which was one of the things that made that album so devastating. Despite the change in tone from intensely personal and dark to slightly detached and even lighthearted in spots, the album is still a winning follow-up that shows Collins to be in full control of songwriting and production"
- Tim Sendra