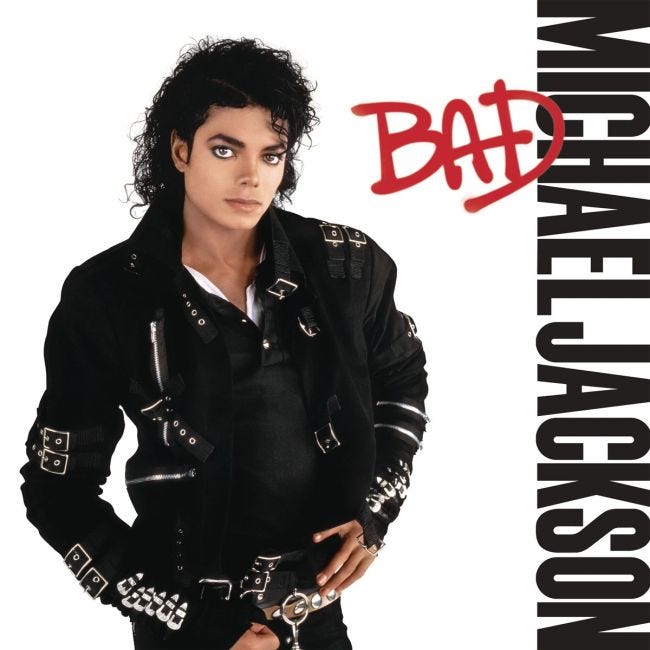 B1: Another Part Of Me
B2: Man In The Mirror
B3: I Just Can't Stop Loving You
B4: Dirty Diana
B5: Smooth Criminal

'Bad' has sold 45 million copies worldwide, was certified 9 times Platinum in the United States alone, and has been cited as one of the 30 best-selling albums of all time. The album produced a record five Billboard Hot 100 number one singles, the first of two albums to do so, the second being Katy Perry's 2010 album 'Teenage Dream.'