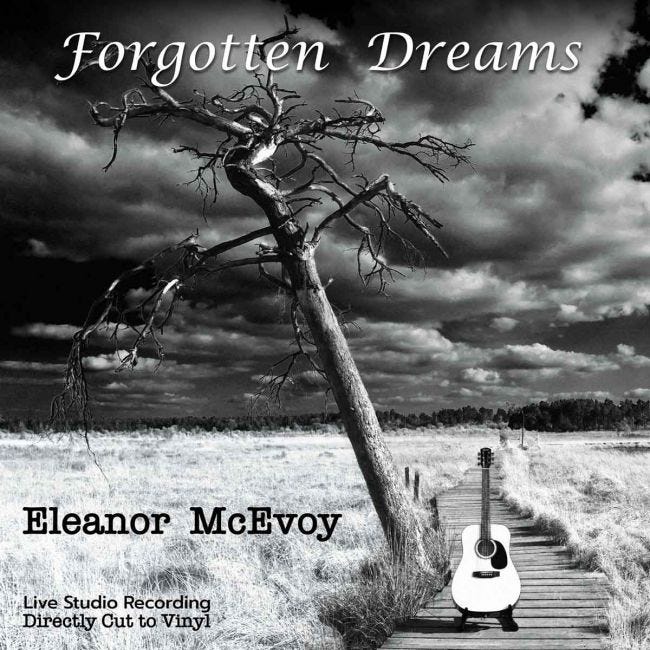 Eleanor McEvoy needs no introduction to serious Audiophiles. Her past albums have been praised by many reviewers and this recording was a wonderful opportunity for Chasing The Dragon to create a live "Direct Cut" album.

Many audiophiles all over the world are familiar with Eleanor McEvoy. There is no finer musician with which to work. Eleanor is accompanied by Damon Butcher on grand piano and plays several solo instruments herself, underscoring her beautiful voice, for this direct cut album.

When the opportunity came to work with Eleanor, as you can imagine, Chasing The Dragon jumped at it. It was decided that it would be great to record a 'Direct Cut' album. They have already released 5 albums using this process, where they record straight to the Neumann Lathe at Air Studios.

Eleanor put in a fantastic performance and, remember you cannot stop halfway through when cutting live vinyl. She had to be note-perfect on both sides. Jake, the mixer, and John, mastering engineer, also brought their 'A-game" to the session.

"Working with Eleanor on our new Direct Cut album has been a dream come true!"
- Mike Valentine, Chasing The Dragon

1. The Spanish Word for Heart Is Corazon
2. The Meeting Of The Waters
3. The Way You Wear Your Troubles
4. Not Quite Love
5. Fragile Wishes

"The recording is remarkably transparent. Everything in the chain from the microphone to the mic preamp to the cutting system is so remarkable transparent that you'll easily think the duo is performing in your room, if your system is up to it."
- Analog Planet

"What they've cooked up is a sublime live-in-the-studio session, the sort that has high-end aficionados swooning because of the sonic purity and dazzling atmosphere. Even over headphones or a cheap system, the space is clearly, unmistakenly defined. These are genuine direct-to-format recordings with McEvoy on acoustic or electric guitar, violin and piano, accompanied by pianist Damon Butcher, performing her own songs plus an amusing (and winsomely sexy) cover of The Pointer Sisters' Slow Hand'"
- Hi-Fi News