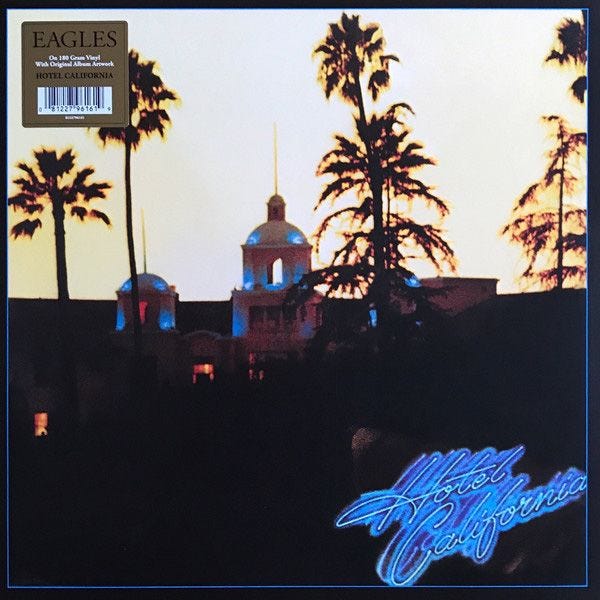 A1: Hotel California
A2: New Kid in Town
A3: Life in the Fast Lane
A4: Wasted Time

B1: Wasted Time (Reprise)
B2: Victim of Love
B3: Pretty Maids All in a Row
B4: Try and Love Again
B5: The Last Resort

One of the Best-Selling Albums of All Time

'Hotel California' was the fifth studio album by the American rock band Eagles, first released on Asylum in late 1976. It is the first Eagles album without the appearance of founding member Bernie Leadon and the first with guitarist Joe Walsh. It is also the last album featuring original bassist Randy Meisner.

The 'Hotel California' reissue LP is pressed on 180gm vinyl and includes a replica of the poster from the original issue with band photos by Norman Seeff in full colour.