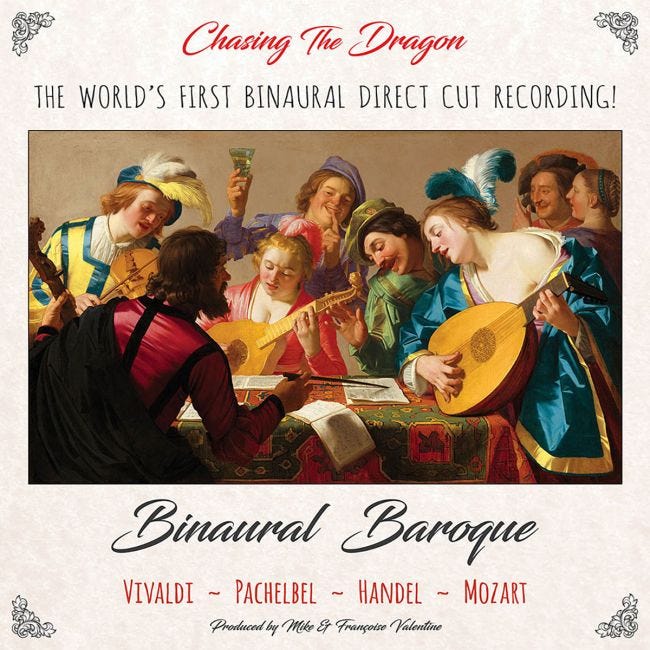 This is the world's first "Direct Cut" Binaural recording. Chasing The Dragon used their Neumann Binaural Head to capture the orchestra. Although it is best experienced on headphones, this audiophile LP also sounds great when played through loudspeakers.

Chasing the Dragon have become known as one of the worlds leading audiophile record labels. In producing this album they wanted to combine the simplicity of a binaural microphone with the jump factor of a Direct Cut recording. It is their sincere hope that you enjoy the fun of their latest musical adventure!

Stax Earspeakers were used to record and master this album. 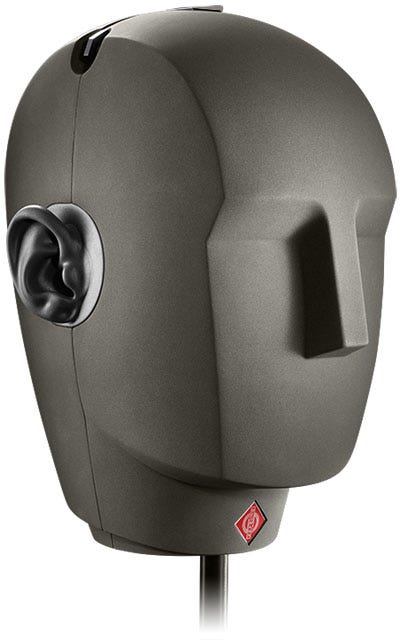 This binaural album was recorded with specialist equipment to give you the feeling of really being there in the space with the musicians. This binaural album is incredibly accurate and is intended to be enjoyed on headphones, however, it still sounds fantastic when played back on loudspeakers.

"One of many worthwhile and fine-sounding Chasing the Dragon D2D records, this one adds the attraction of a Neumann binaural “dummy head” microphone set-up at AIR Studios. You needn’t listen on headphones to get the recording’s intense three-dimensionality and purity though on ‘phones it’s even more pronounced."

"Though these are baroque “warhorses”: “Vivaldi Guitar Concerto”, Pachelbel “Canon”, Handel “Harp Concerto” and Mozart “Eine Kleine Nachtmusik” (all but the “Canon” excerpted to fit the limited disc size), both the playing and recording are delicate and immersive. If you think you’ve heard enough of “Canon” to last a lifetime of weddings (and divorces) this one might change your thinking. If your system doesn’t “disappear” reproducing this record, you’ve got some work to do."