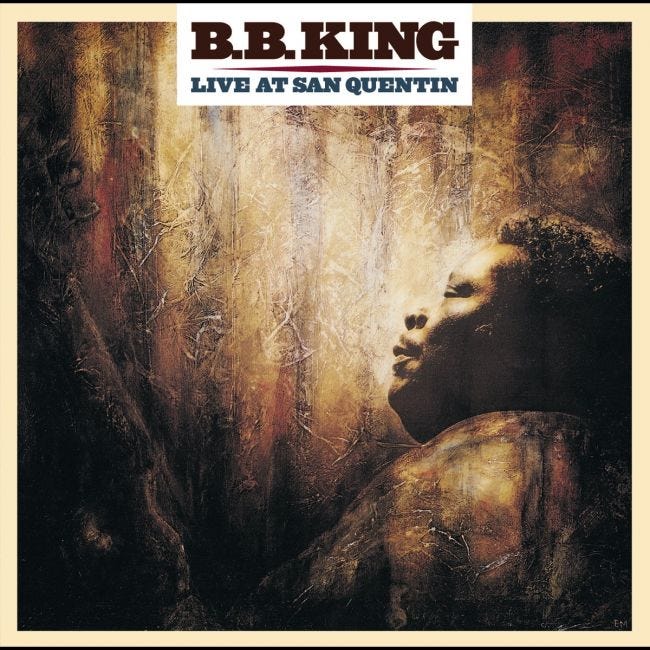 A1: B.B. King Intro
A2: Let The Good Times Roll
A3: Every Day I Have The Blues
A4: Whole Lotta Loving
A5: Sweet Little Angel
A6: Never Make A Move Too Soon
A7: Into The Night

B1: Ain't Nobody's Bizness
B2: The Thrill Is Gone
B3: Peace To The World
B4: Nobody Loves Me But My Mother
B5: Sweet Sixteen
B6: Rock Me Baby

What else could brighten the day of a San Quentin inmate more than a visit of living legend B.B. King?

Recorded in the same correctional facility that spawned Johnny Cash's Live At San Quentin, B.B. King's recording oozes the same kind of energy that put Cash's album in the books. But with a twist: as he makes the audience applaud for the guards, this seems kind of strange on first sight. But B.B. King is no Johnny Cash: the audience knows that they are in jail for a reason, and the blues master isn't unnecessarily sympathetic of their deeds. Which is what B.B. King's brand of blues is all about: being true to yourself no matter what, and having fun while at it. Now let the good times roll!