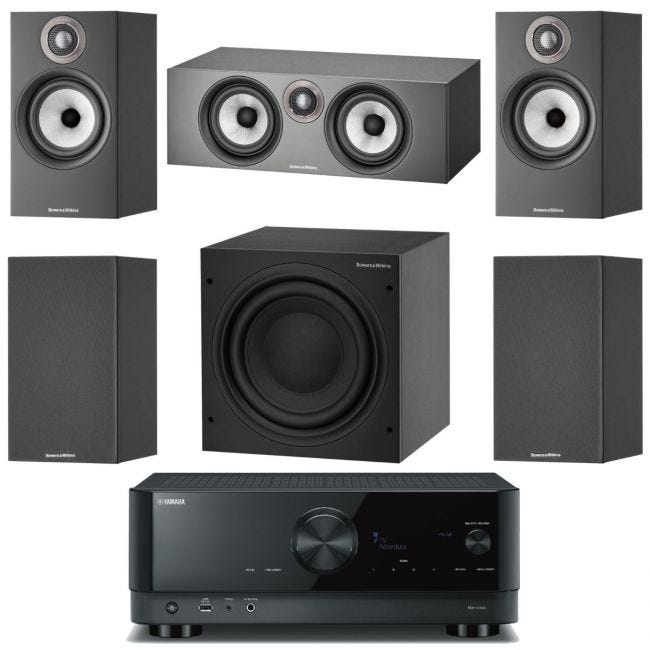 Be the first to review this product
SKU
BUN900706

Notify me when this product is in stock 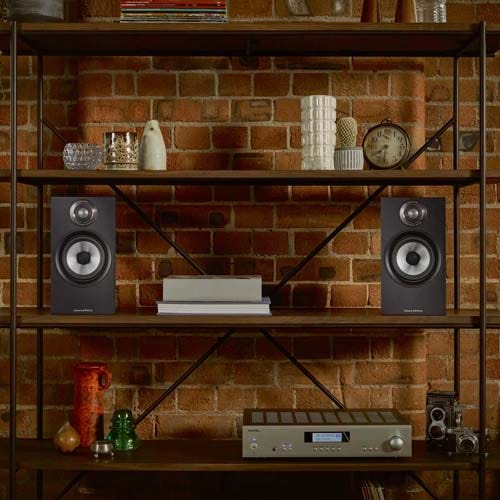 The smaller Anniversary Edition bookshelf speakers offer a surprisingly high-energy sound, and at no point do they comprise on sound quality. With the same driver technology present in all 5 channels, this speaker system delivers superbly-consistent sound, which will bring life to your home theatre or living room.

Powered by the brand-new Yamaha RX-V4A, you can hear every detail these speakers have to offer and connect however you like. With the option to upgrade to a 5.2 system with an additional subwoofer, this is a package that is futureproofed and will keep you entertaining family and guests for years to come. 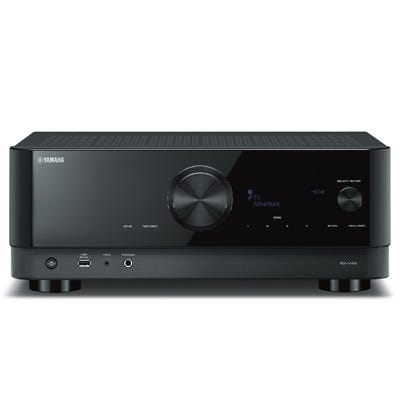 Enter the world of home theatre with the brand-new Yamaha RX-V4A. This AV receiver will completely transform how you listen and watch at home. Plus, plenty of features means plenty of choices on how to enjoy your entertainment. 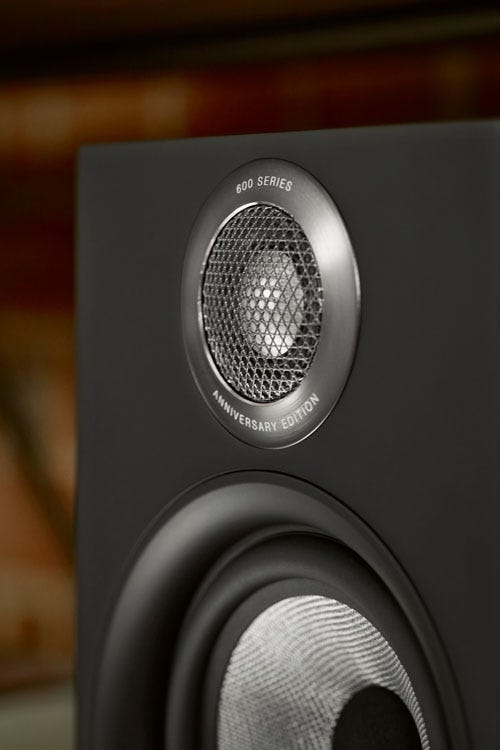 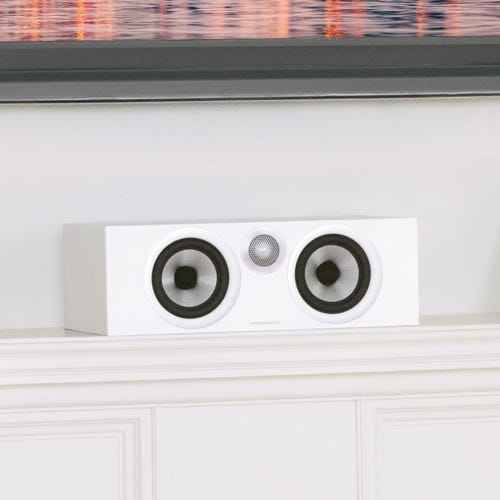 The B&W 600 Series speakers have undergone several iterations since their introduction as an accessible, visually modest, and high-quality range of speakers. In this latest iteration, B&W have merged the HTM62 S2 and the HTM61 S2 centre channels into one powerful, punch-packing speaker that offers the best of 600 series performance in a smaller, more preferred size.

The new HTM6 speaker isn’t just about cleaner sound, it boasts a more sophisticated look, too. B&W have removed the grille pegs and replaced them with magnets, while moving the port to the rear of the cabinet, creating a modern and premium aesthetic.

For big sound in smaller spaces, you can’t beat the Bowers & Wilkins ASW608, the most compact of the 600 Series subwoofers. 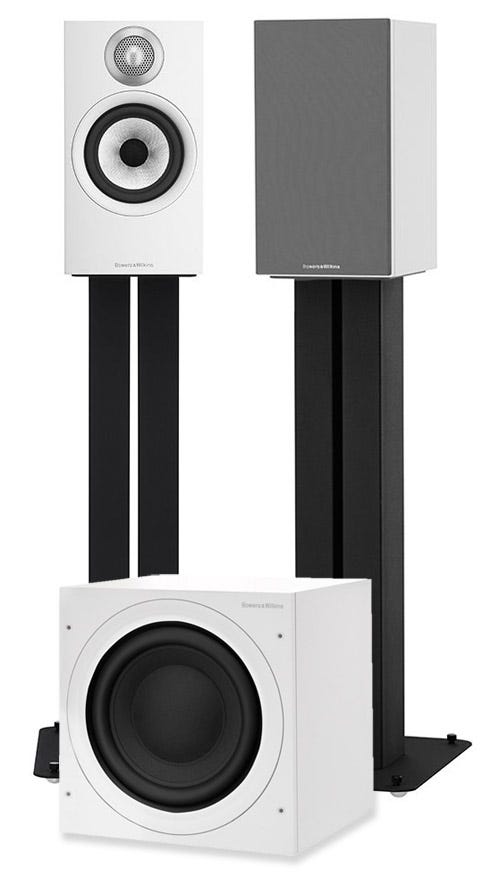 Upgrade to a 5.2-channel speaker system with another ASW608 8" subwoofer, or upgrade to 10" subs for a deeper and even more immersive experience. Using twin subwoofers in a home theatre system has benefits other than simply offering more bass. Twin subwoofers offer a better distribution of low frequencies throughout the room with greater headroom and a seemingly sourceless sound.

To make the most of these small but punchy speakers, it is recommended that they are mounted on the B&W STAV24 floor stands, which are available in this package as an optional extra. These stands are designed especially for the 600/600S2 Series bookshelf speakers. They safely and securely lift the speakers to the ideal height for seated listening, be it for music or movies.

Some common placement options for dual subwoofers are in the front corners, opposite diagonal corners, and centre points of side walls in the room.

Save 20% on matching cables!

You'll need some quality cables to get the most from this satellite system. Why not grab a roll of great value 14AWG speaker cable and a high-quality subwoofer cable at the same time, and save even more!

Simply select the lengths you need and rack up the savings!

These cables feature Oxygen-Free Copper (OFC) conductors which accurately transmit the signal to your speakers for accurate audio reproduction. 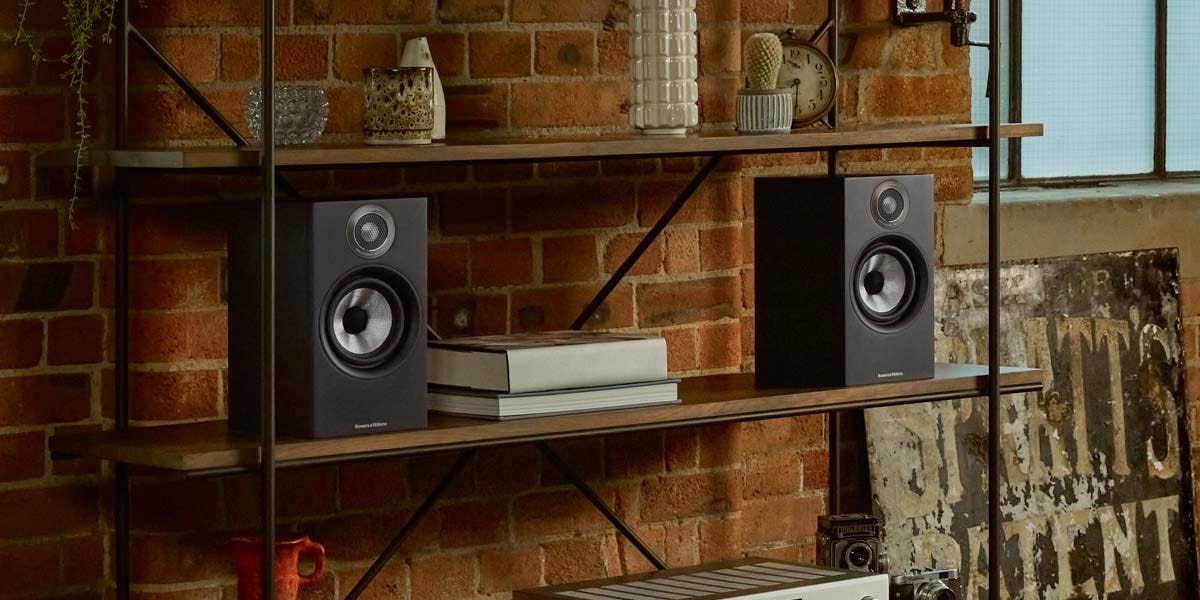