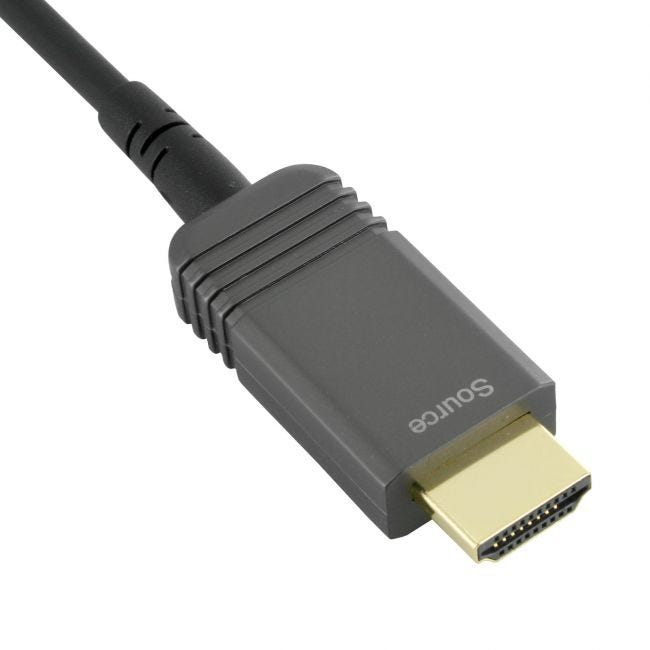 Be the first to review this product
SKU
SAOC.con
In stock
From $469

Our new Active HDMI over Optic Fibre AOC cable range is here! And they're guaranteed to work every time! AOC HDMI cables are designed to achieve greater lengths than regular HDMI cables, up to 100m in fact - and no external power is required! All cables in the AOC line are DIRECTIONAL. 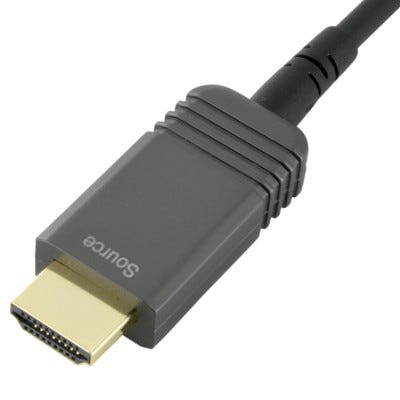 The Selby SHD4K range of HDMI cables are certified to be fully compliant with the latest HDMI specifications and are produced to a high standard by our HDMI licensed manufacturer. These cables are capable of displaying up to Ultra HD 4K resolutions at 60Hz and are perfect for all modern high resolution TVs, Blu-ray players, gaming consoles and computer monitors.

Tested for successful use up to 100 metres!

All HDMI AOC cables feature 'active' technology along with transmission over fibre optical cable which boosts and maintains a strong, high quality signal over extremely long cable lengths - up to 100m. Perfect for office and commercial installations.

These HDMI cables support Ultra HD 4K video content up to 4096 x 2160p @ 60hz. This is equal to 4 times the clarity of 1080p/60 video resolution! There is also support for the wide angle theatrical 21:9 video aspect ratio. Our HDMI significantly increases bandwidth - up to 18Gbps - and adds key enhancements for consumer video and audio experiences.

HDR (High Dynamic Range) is an image technology that enables TVs to display brighter, more vivid colours and better contrast over standard ranged content. HDR10 is the current industry standard for High Dynamic Range in consumer televisions and enables your compatible video content to be displayed with much richer colours and a greater dynamic range. Dolby Vision is a similar HDR video technology developed by Dolby Laboratories, the company behind Dolby Surround and Dolby Atmos.

Please be aware - These cables are DIRECTIONAL

These HDMI cables are designed to work in ONE DIRECTION ONLY ie: there is an INPUT END which is marked "Source", and should be connected to your source device (Blu-ray player, game console etc), and an OUTPUT END which is marked "Display" which plugs into your destination device (TV, projector etc). The cable is clearly marked but please make sure you note which direction the cable runs BEFORE connection.

Audio Return Channel (ARC)
If you have a compatible TV and amplifier/receiver, this allows you to transmit digital audio from your TV to your amplifier/receiver without the need for an extra audio cable. The Audio Return Channel allows digital audio to travel "upstream" along the same HDMI cable, from your TV back to your AV receiver, rather than through a separate audio cable.

Tips for running an HDMI cable through the wall/ceiling:

Test the cable first! It's rare for these to fail, but it can happen. Test the cable by hooking up your equipment before you run the cable through the wall/ceiling cavity.

HDMI (High Definition Multimedia Interface) enables a single cable to deliver both high-definition video and multi-channel digital audio to digital display devices such as LCD and LED screens and projectors. HDMI also enables an all-digital connection between digital source devices (such as a Blu-ray player, Playstation, Xbox, etc) and an AV receiver or amplifier. Furthermore, it will automatically find and set component compatibility and play music and movies in your system's optimum available formats.