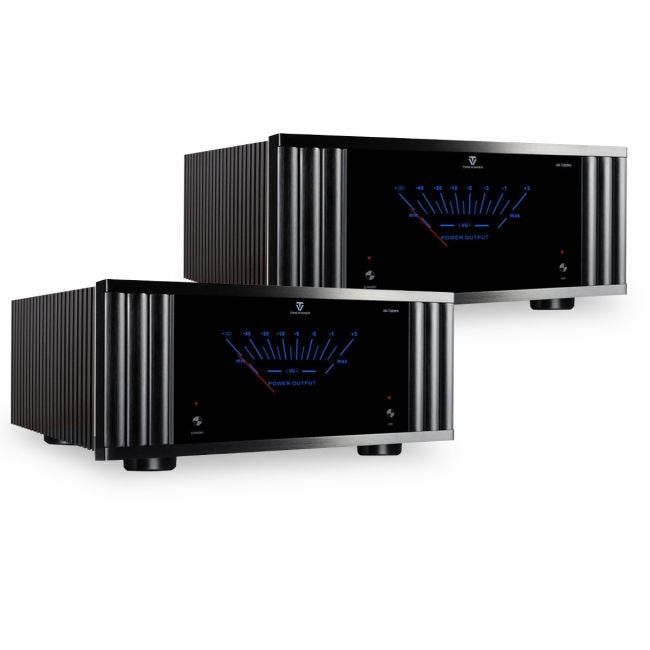 Be the first to review this product
SKU
BUN900853

Featuring exceptional dynamic range and near silent background noise, the AD-7300PA+ ensures you'll hear every detail in the quietest passages and clean undistorted output with impact when the soundtrack is at its highest loudness levels. 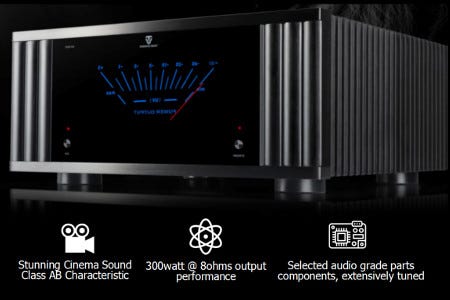 Whether you're watching a blockbuster movie or listening to a rocking live concert, this power amplifier will take your audio to new levels. Featuring exceptional dynamic range and near silent background noise, the AD-7300PA+ ensures you'll hear every detail, from the softest to the loudest.

And trust us, the AD-7300PA+ is packing some serious grunt under the hood!

To streamline the manufacturing process, power cables are not included in the box, but are automatically included as a separate item with each purchase. 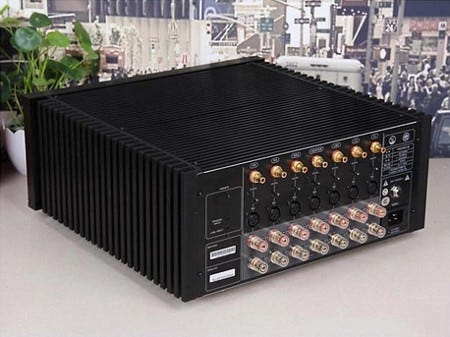 The AD-7300PA+ not only features 7 discreet channels of high power amplification, channels FL and FR (front left and front right) use a higher current configuration, similar to Class A spec and use the external heatsink fins of the chassis for better cooling and efficiency.

Please note: Due to the configuration of the XLR inputs on the rear of the AD-7300PA+, it is recommended you use mono XLR cables when connecting to a pre-amp processor, rather than Y-split stereo cables. 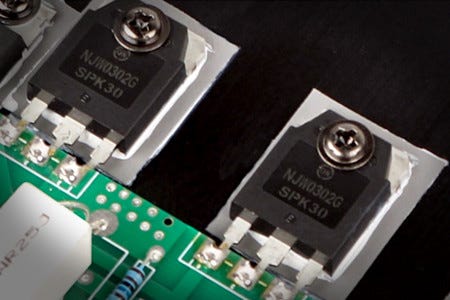 Power Under The Hood

Each of the 7 channels of the AD-7300PA+ feature 3 pairs of high power three-level push-pull Darlington circuit transistors providing the smooth yet punchy 300 watts of grunt per channel @ 8 ohms.

Seven huge heavy duty cast aluminium comb radiators ensure efficient running during long sessions. The front left and right channels are even given special treatment having direct access to the 2 giant comb radiators on each side of the unit. While the amplifier is Class AB, the front left and right channels operate at higher power levels bringing them closer to the characteristics of Class A.

ToneWinner have revved up the AD-7300PA+ with a fully regulated Class H power supply with over 3000 watts on tap to power your audio experience. 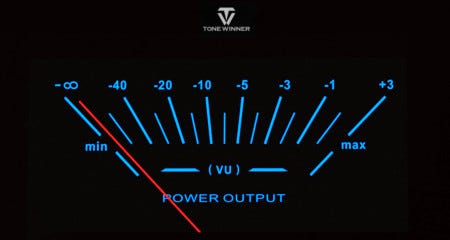 The front panel of the AD-7300PA+ houses an over-sized mechanical VU meter, backlit in lake blue with a red needle it really gives the amp a special look. Brightness is adjustable via the front panel, all the way to completely off.

Each of the seven channels on the AD-7300PA+ feature both balanced (XLR) and un-balanced (RCA) inputs along with a pair of heavy duty speaker outputs. It features a ultra low-noise dual differential amplifier circuit and a mirrored cross-current source load for an improved signal-to-noise ratio.

ToneWinner was one of the first manufacturers in China to obtain official certifications for advanced HDMI technologies such as Dolby Atmos, Dolby Digital, Dolby TrueHD, DTS:X, DTS Master to name just a few!

The unabashedly Chinese brand is showing that premium components don't need to cost an arm and a leg! ToneWinner aims to bring premium high end audio at prices which won't make your wallet wince. These high end audio components are not only designed for a premium audio experience but also for grunt! Packing not only superior audio and the latest technology, but plenty of 'oomph' too!

Write Your Own Review
2 Years
ToneWinner Amplifiers and Receivers include a 2 year Australian warranty.