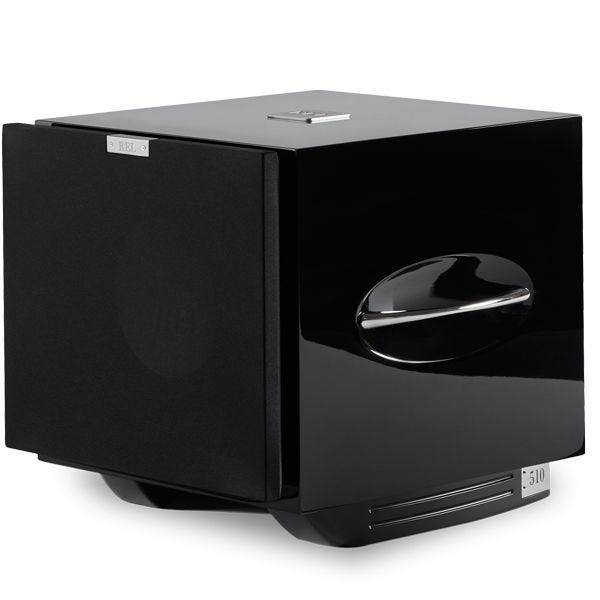 Be the first to review this product
SKU
S510.con
Call To Order
From $3,999
Notify me when this product is in stock

S/510 takes REL’s compact-medium chassis concept to reference-like levels of performance and does so with style, power and incredible speed. It delivers incredible levels of all ‘round performance. S/510 allows those with less space, or when pairing with high end speakers that are slightly less robust to have a perfect dance partner when the S/812 is simply too much of a great thing. 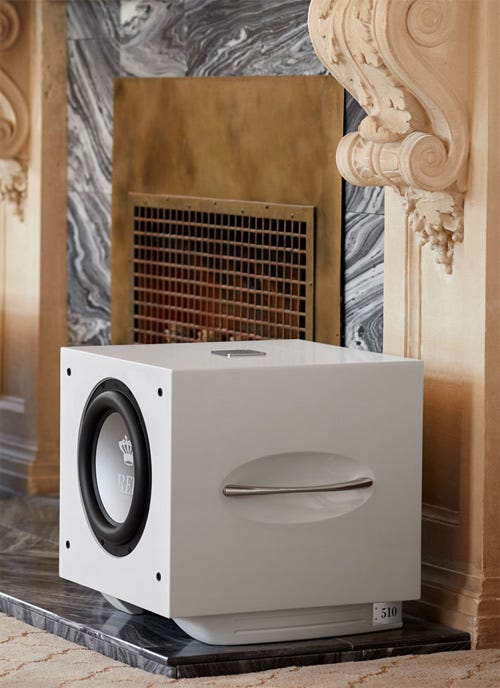 For S/510, every aspect of the previous generation’s inner workings was examined without regard to its critical and customer-driven success. REL turned a fresh eye to power requirements, driver improvements, and specialty filters, upgrading each-to extract all the extra performance possible. All this alongside the cabinet refinements necessary for those upgrades to emerge cleanly. This latest S range is a triumphant development that has exceeded every expectation of REL's design team.

REL's requirements were for far stronger deep bass output between 20-35 Hz, vastly improved theatre dynamics, and an even more open and spacious soundfield which benefits both music and film. They turned to their NextGen3 amplifier, tuned to 500 watts with substantial reserves of power, added a light film of carbon fibre to the rear of the driver to handle the extra power, and developed two new sets of custom filters to extract the utmost in brute force and spaciousness. Finally, REL imbued the S/510 with the ability to be stacked in 4- or 6-unit line arrays, just like REL's reference models. 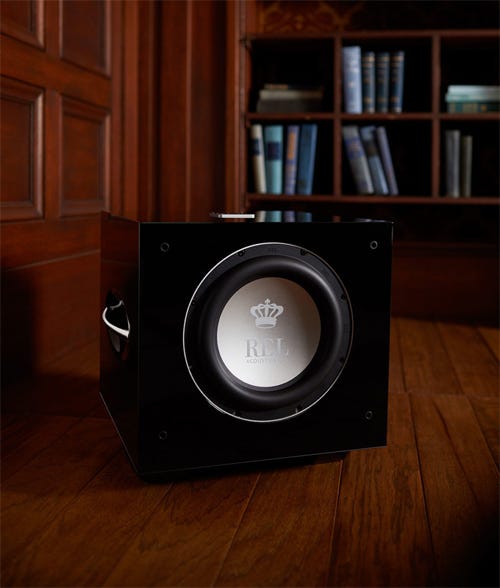 S/510 required upgrades to its ContinuousCast™ Alloy Cone to allow it to survive its massive power upgrades. To permit its thin, aluminium cone to survive 500 watts and incredibly long-stroke, REL added an ultra-lightweight backing of pure carbon fibre strategically placed over portions of the rear surface of the cone. This produces two benefits; it strengthens and stiffens the cone and also eliminates reversion, wherein the back wave inside the cabinet is now prevented from interfering with the main launch of bass into the room. The result is more accurate and far louder deep bass.

Nothing Passive About This - Superprogressive Passive Radiator

REL's uniquely tuned passive radiators use special suspensions, now with an additional 8mm of linear travel, to produce performance, unlike conventional subwoofers. REL's new SuperProgressive™ passive radiator produces extremely long travel allowing for very loud output while retaining the variable stiffness of its suspension. This allows it to act like a sealed box compact 12” design at low volumes and a high output 14” design at its limit.

At 500 watts the NextGen3 amplifier is borrowed from REL's former flagship model and produces huge reservoirs of power and current. The 20%+ increase in power (the previous version was 400 watts) is needed to deliver the high output levels needed for modern theatre, as well as to produce the extremely deep bass in a high-end 2-channel system. This increase in power is necessitated by REL's development on the musical front of an all-new circuit termed PerfectFilter™ that balance both frequency extremes.

PerfectFilter performs two seemingly disparate qualities; extending the strong, even response of the extreme low end of bass frequencies while simultaneously opening up air and delicacy in the middle and high frequencies of one’s system. Additionally, REL applied customized PureTheatre™ filters to allow S/510 to keep up with modern theatre effects without breaking a sweat. 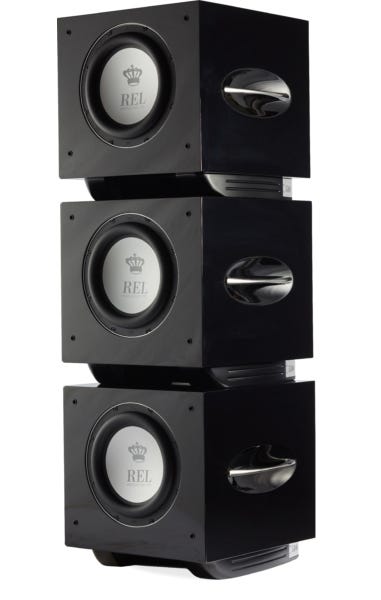 In the real world, bass occurs with width, depth and height. By stacking up to three units per side (stereo or theatre main L-R speakers) the proper perspective and height of sonic events are illuminated. This elevates reproduction from conventional stereo or theatre to a floor to ceiling panoramic, full-scale perspective of each sonic event. Reviewers are lining up to marvel at the transformation of music and film into the full-scale representation that REL Line Arrays uniquely deliver.

When they began designing Serie S, REL set out, quite literally, to revolutionize subwoofers. They developed ultra-lightweight and extremely rigid Continuous Cast™ alloy cones for power and crisp clarity. They leveraged passive drivers to extend the scale beyond the cabinet size. They developed zero-compression embedded wireless for freedom of placement and a clean visual aesthetic to match its sophisticated finishes. We encourage you to experience the sound and beauty of Serie S, it will change the way you hear music and experience theatre.