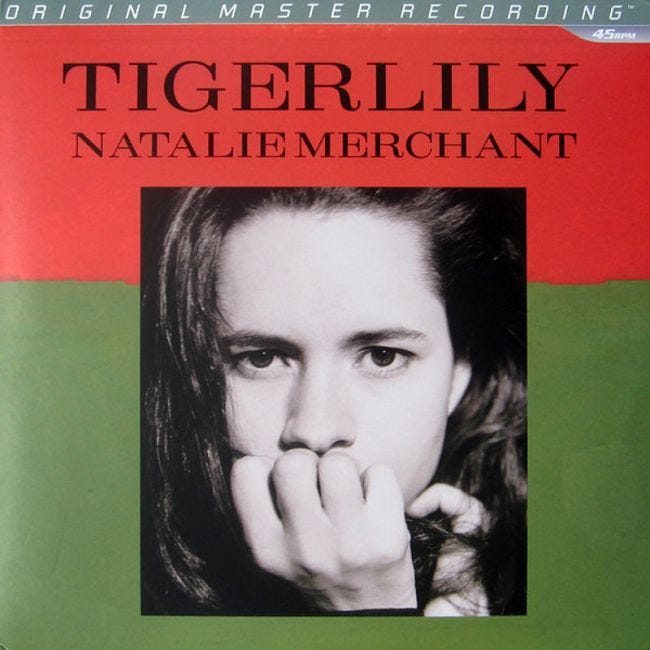 A1: San Andreas Fault
A2: Wonder
A3: Beloved Wife

C1: I May Know The Word
C2: The Letter
C3: Cowboy Romance

A Vocal Performance for the Ages

The 10,000 Maniacs were at their peak when scintillating singer Natalie Merchant announced that she was leaving the band to pursue a solo career. On her gorgeously detailed folk-pop debut Tigerlily, Merchant turns in a vocal performance for the ages, spinning majestic webs of mellow atmosphere woven with rhythmic textures and low-key movements. This 1995 set is a mood masterpiece.

Remastered from the original analogue tapes, Mobile Fidelity's collectable version of Tigerlily mines every last nuance and delicate tone from this intimate gem. Merchant is presented with an up-close clarity and full-bodied richness that enhance the album's deeply emotional feel. The vocalist's bracing conviction is matched by small-scale acoustic frameworks that don't let a note go to waste. Mobile Fidelity's engineers worked to make sure you hear all of them. Balances are superb, dynamics are grand. The results will leave you hypnotised.

Engineered and Mixed by John Holbrook