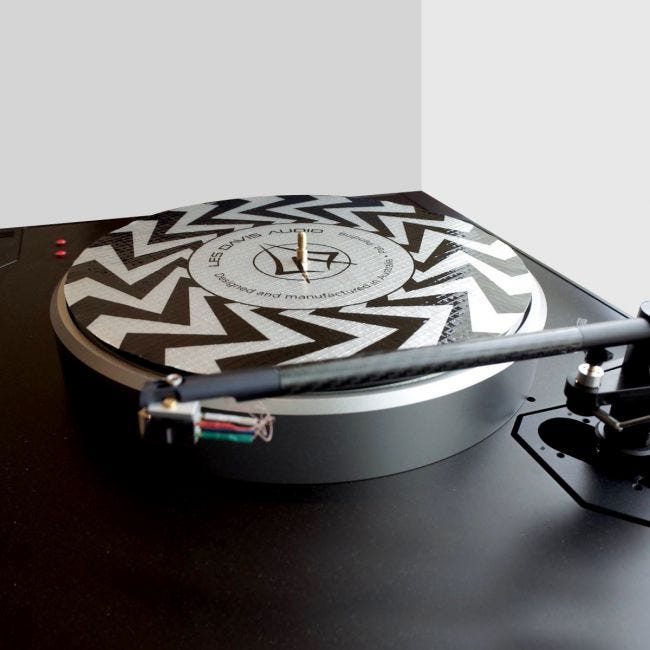 - Made specifically for use as a turntable mat
- 3D-2 technology In development since 2005
- Multi-layered construction
- Neutral vibration control
- Does not colour the sound
- Made in Sydney, Australia 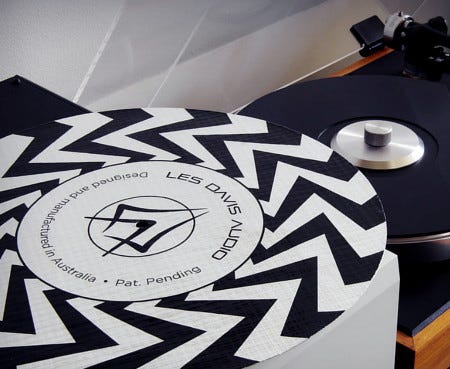 Made specifically for use as a damping turntable mat, reducing vibration between stylus and record giving a greatly improved audio performance.

This deceptively simple looking device is actually the result of years of research and development into a modern technology known as constrained layer damping (CLD) to effectively suppress unwanted vibrations. While this technology is used in a number of applications, including the aerospace and aviation industries, Les Davis Audio has developed his own proprietary CLD material and has tested it over an extended period of time. The results are evident in Les Davis Audio's 3D Constrained Layer Damping devices.

Key Features
- Made specifically for use as a turntable mat
- 3D-2 technology In development since 2005
- Multi-layered construction
- Neutral vibration control
- Does not colour the sound
- Made in Sydney, Australia
- Circle shape , external 495 mm square with 10 mm center hole

3D products are simple to use. While the 33-1/3-D is specifically designed for use as a turntable mat, the 3D-2 technology can also be found in Les Davis Audio's other products, like the "3D⁽²⁾" isolation feet. These can be placed under all types of audio components to reduce unwanted vibrations. They can be placed under the turntables's feet, digital sources, amplifiers and pre-amps, power supplies, motors, underneath loudspeakers and power boards - see the "Vibrare Fermata", made specifically for use with power boards.