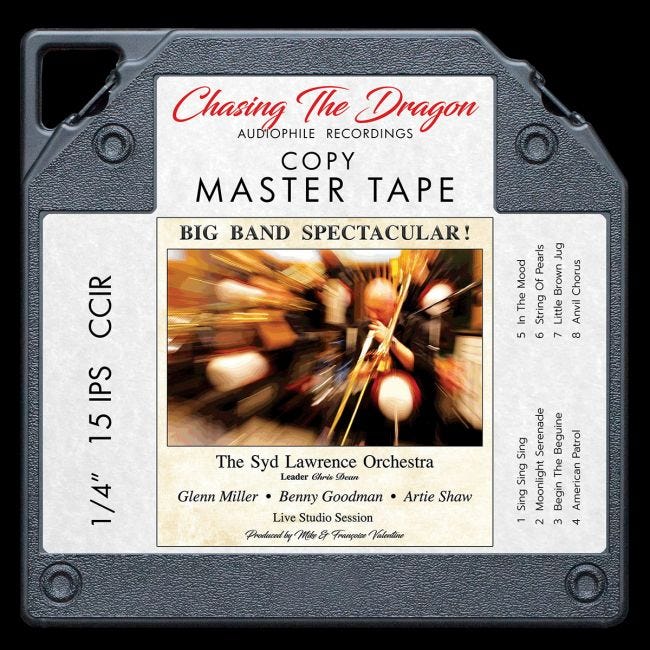 Allow the Syd Lawrence Orchestra to take hold of your Hi-Fi system in this Audiophile release.

The album was to be recorded live, so producer Mike Valentine had to choose a selection of music which would be of the perfect length. Valentine chose a recording studio which not only had a superb sounding space, but also an engineer versed in the black art of cutting live vinyl. Ultimately, he chose Air Studios with engineers Jake Jackson and John Webber.

"Listening to the feed going to the cutting head, and then listening to it coming back through the SME arm and cartridge used to track the recording lacquer, the sound quality just got better. If you can tell me why, I don't know! It must be something to do with a sort of distortion that the human being seems to love. It just sounds warmer, nicer, more real."
- Mike Valentine, Chasing The Dragon

"This album of tunes by Glenn Miller, Benny Goodman, and Artie Shaw comes as close to being on the other side of the studio glass as I've heard from a recording in some time."
- Stereophile Magazine