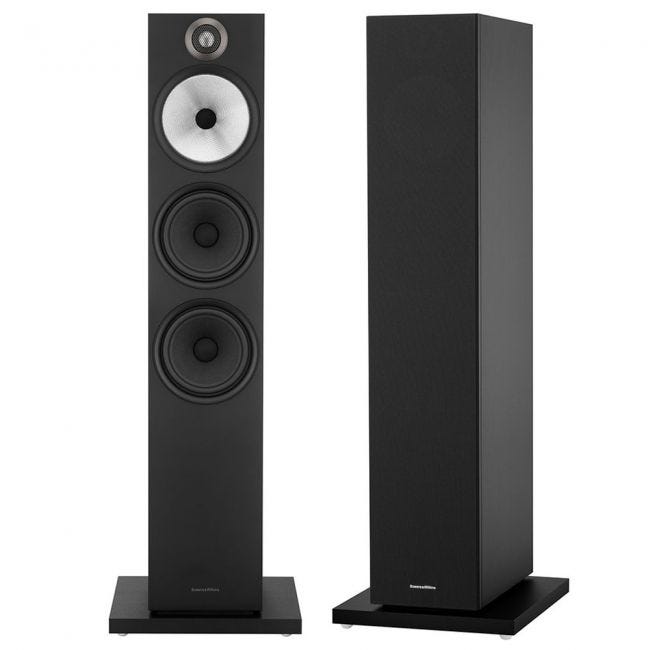 Be the first to review this product
SKU
603.con
Call to order
From $2,899
Notify me when this product is in stock

Bring pristine sound to your home with the B&W 603 floor standing speakers.

The largest speakers in the 600 Series

The Bowers & Wilkins 600 Series speakers have undergone several iterations since their introduction as an accessible, visually modest, and high-quality range of speakers. Now in their 6th generation, the flagship 603's are sporting several cosmetic and technological updates that are sure to impress.

Read on to learn how these award-winning speakers have managed to outshine other floorstanders in their price range.

"A supremely talented pair of speakers you can’t help but admire, the B&W 603s are up there with the best at this kind of money."

"Bowers & Wilkins’ 603 is absolutely the floorstander of choice for under $3000. I seriously doubt that you will find a floor standing speaker with the same brand heritage, beautiful midrange tone, detail, soundstage and versatility, for less than five grand."

"It seems Bowers & Wilkins has another winner on their hands with the 2018 version of its 600 Series loudspeakers." 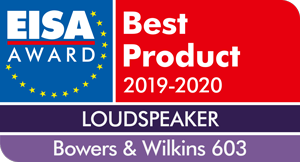 "The Bowers & Wilkins 600 Series has set the standard in affordable speakers for decades, and this latest version is its best yet.

That’s especially true of the floorstanding 603, which offers a striking combination of performance and value for money, thanks to technology trickled down from the flagship 800 Series Diamond speakers and a range that’s rationalised down to just the essentials."

Developed over an eight-year period and first featured on Bowers & Wilkins' flagship 800 Series Diamond models, the Continuum cone has been integrated into the sixth generation of the critically acclaimed 603s. In addition to appearing more sophisticated than the trademark Kevlar yellow, these cones transform the speakers' performance into something far beyond what you might expect from an entry-level system.

The new 600 Series adopts a refined version of the proven Decoupled Double Dome tweeter, offering 38kHz breakup performance. With a re-engineered assembly for better performance, the result is a pure and precise soundscape that allows you to enjoy all the layers of your favorite music.

The new 603 speakers aren’t just about cleaner sound, they boast a more sophisticated look, too. Bowers & Wilkins have removed the grille pegs and replaced them with magnets, while moving the port to the rear cabinet, creating a modern and premium aesthetic, wrapped with a matte finish.