In a classic light-hearted romance comedy, Owen Wilson stars as Arnold Albertson, a Broadway Director whose wife Delta is starring in his latest show A Grecian Evening. Arnold is anything but faithful, and is smitten with an escort named Izzy he has been secretly seeing. Izzy is keen to be a respected actor, but finds herself in a recurring situation where the two facets of her life keep bumping into each other. On the back foot when she turns up at the audition to his play, Arnold reluctantly agrees to casts her in a leading role in the play. 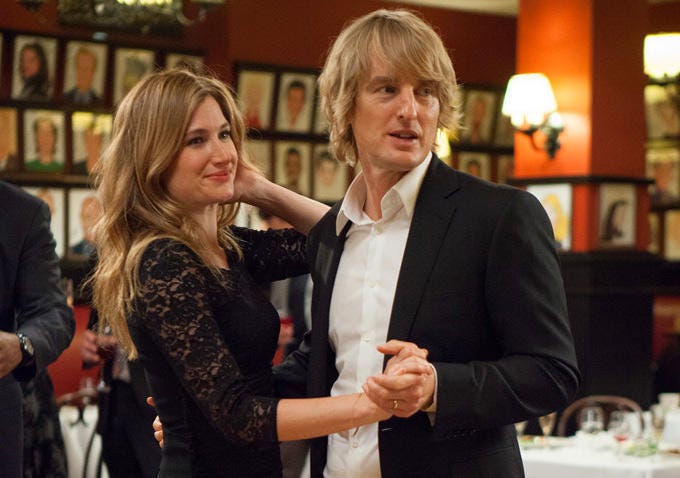 Jennifer Aniston plays Jane Claremont, a very unprofessional therapist who has no care for confidentiality and has been dating Josh, the writer of Arnold’s play. Despite his relationship with Jane, Josh finds himself falling for new cast member Izzy, creating humorous tension filled scenarios.

In addition to these deceptive relationships, we watch as lead actor Seth Gilbert, played by Rhys Ifans, fauns over Arnold’s wife who he had previously dated. These intertwined connections are revealed comically as secrets spill gaining momentum as the deceptions are exposed.

She's Funny That Way is in cinemas nationally 27th August